The driver of the train at Amritsar mowed down 60 people and injured nearly 72 in Amritsar on Saturday has told police officials that he had received a green signal and had no idea that hundreds of people were standing on the track.

The Punjab Police and Railway Police have detained him for questioning at the Ludhiana Railway Station. Sources told that the driver has claimed that he was given a green signal and all clear, and that he had no idea that hundreds of people were standing on the tracks when the train crossed the area.

The Punjab police on Sunday cleared a section of the crowd on the railway track in Amritsar, who were agitating against a train accident that had claimed 59 lives during Dusshera celebrations.

The protesters resorted to stone-pelting in which some people, including police personnel, received minor injuries, witnesses said.

A large number of police officials pushed the protesters to the other side of the tracks where the accident took place on Friday evening.

The protesters, who were raising slogans against the State government and demanding resignation of Punjab Minister Navjot Singh Sidhu, were cleared off the railway tracks.

Local residents started the protest on Saturday, raising slogans against the State government and demanding action against the train driver.

The Punjab police has deployed its personnel, including commandos, to manage the crowd. The Rapid Action Force is also present in the Joda Phatak area, officials said.

Meanwhile, railway officials are also gathering information on how the linemen posted along the tracks near the Jora Phatak area failed to inform the train driver that nearly 700 people were present near the railway tracks and were watching burning of a Ravan effigy on Dussehra evening. 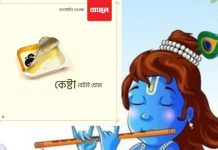 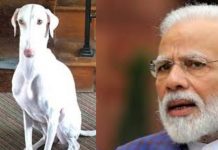 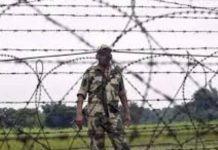