Fanatic and extra hardcore Hinduist activity may backfire at BJP. BJP is actually riding on the Hinduism tiger .If fells and if not fell in both the cases there are chances of getting hurt. Rath yatra in West Bengal too to be excercised with caution.

Uttar Pradesh chief minister Yogi Adityanath endorsed the Hindu Rashtra theory onNovemner 7, saying there’s nothing wrong with such a move if that serves the interests of the people and country.

Right-wing groups led by the Rashtriya Swayamsevak Sangh (RSS) have been pitching to make India a Hindu nation, a hugely debatable topic in a constitutionally secular country of 1.2 billion people of different faiths.

He said no one should have a problem in accepting a Hindu nation if such a move helped people live a better life and brought joy to them.

Yogi Adityanath founded the Hindu Yuva Vahini (HYV) on Ram Navami in 2002 with the objective of promoting “Hindutva and nationalism”. In subsequent years, it went on to play a significant role in his political rise in Uttar Pradesh, India’s most populous state.

When Adityanath became chief minister in March 2017 after the Bharatiya Janata Party’s spectacular performance in assembly elections, HYV members exulted in the belief that their fortunes would look up, too.

A little more than a year after his ascent to power, the HYV finds itself in unprecedented churn. On Sunday, May 13, 35 Adityanath loyalists in the organisation launched a breakaway group called Hindu Yuva Vahini (Bharat), amid seething discontent over the group’s perceived sidelining by the BJP. Sunil Singh, a former aide to Adityanath and president of the HYV (B), said the group would open offices in various states to spread its ideology.

Cut to Rath yatra in West Bengal. The “yatra” will be taken to all the 42 Lok Sabha constituencies in the state – three chariots covering 14 seats each – he added.

Sharing the programme details, Basu told news agency PTI, “The first rally will begin from Birbhum on December 5. The second and third rallies will start from Coochbehar district in the north and Gangasagar in the south on December 7 and 9 respectively. Amit Shahji will be present at all the three rallies.”

The tableaus will stop at various places for public meetings and interactions,BJP sources said.

At the conclusion of the “yatra”, the party planned to hold a massive rally in Kolkata, which was likely to be addressed by Prime Minister Narendra Modi, he added.

Sources in the saffron party said the decision to take out the “rath yatra” was taken during Shah’s two-day visit to the state in June.

Buoyed by its performance in the last panchayat polls in Bengal, the BJP has prepared its 2019 Lok Sabha election blueprint, targeting at least 22 parliamentary seats in the state.

“Bengal is of immense importance to our party as people are fed up with the Trinamool Congress (TMC) regime. We need to win the maximum number of seats from east and northeast India, especially Bengal,” another BJP leader said.

Senior TMC leader and MP Abhishek Banerjee recentlysaid his party was not bothered about the BJP taking out any “yatra” as the people of the state were with the ruling party.

“Let them take out the rath yatra. The people of the state will defeat the divisive politics of the BJP,” he added 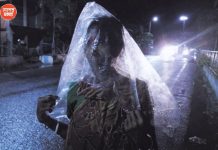 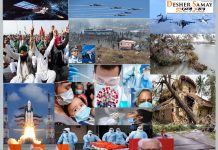 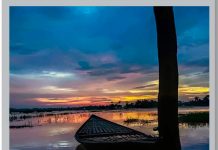