This pertinent question has been raised as it was seen India looses nearly 300 million eligible votes which is more than the combined vote the two major national political party got in last Loksabha election.Soon this distant voting appeal is also reaching supreme court too.

In the 2014 general elections, 281 million Indians who were eligible to vote – over 18 years of age and with their names in the electoral rolls – did not vote. No other democracy on this planet even has as many voters. The world’s second largest democracy, the US, only had 183 million registered to vote in the 2016 presidential elections. So, 281 million not voting isn’t just a few votes lost, it’s more than a whole voting nation lost.

Pause for a moment to think about just how large a number it is and what it means to have so many not voting. They constituted about a third of all those who could have voted. No party came even close to winning as many votes. The BJP, which got the largest number of votes, had just under 172 million. So the single largest party in the elections was really the Non-Voters Party. What could be a bigger tragedy in a democracy?

But why did so many not vote? One widely held perception is that they couldn’t care less. But is that really true? Or is it because many or most of them couldn’t vote? Think about what it takes to vote. You have to be of eligible age, you have to be registered on the electoral rolls and, most importantly, you have to be physically present where you are registered on polling day to be allowed to vote. And that’s where the rub lies.

We are, by all accounts, a nation on the move. Many services have taken this on board and adjusted to this reality. Your phone number moves with you, your bank account does so too. Your Aadhaar number remains the same whether you live in Agra or Agartala. So why doesn’t our vote – the fundamental right to choose our representatives – move with us? You could be in Ahmedabad doing an MBA at the IIM. Or you could be in a job that keeps you on the move every year or two. Is it realistic to expect you to deregister yourself in your home town and register where you happen to be temporarily, only to go through the whole process again a year or so down the line?

Our netas have decided that NRIs should have the right to vote by proxy. They are also Indians after all. But then why not those who are very much in India but just not at the place they are registered in on voting day? It’s time this changed. Indians on the move within the country are at least as entitled to their franchise as those living abroad.

Since these are quality votes as barring few medical patients professionals who earn living go outside such uncasted votes can really decide the fate of the country in new way. 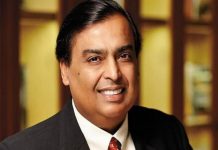 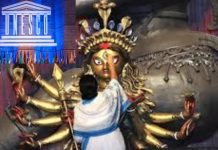 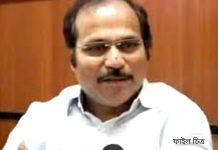