Durga Puja festivities in West Bengal may have ended but a new controversy has erupted with senior Ministers of the ruling Trinamool Congress sparring with each other over whose Puja was the best.

One of most senior Ministers of Mamata Banerjee’s Cabinet, Panchayat Minister Subrata Mukherjee came down heavily on ‘theme’ pujas and said that it was not the way to worship the goddess.

“There can be no theme when it comes to worshipping the goddess. The goddess has to look like what has been mentioned in the scriptures. All I can say is that mine is Durga Puja and the rest are Durgotsav,” Mr. Mukherjee said.

Others like Firhad Hakim, in charge of the Urban Development Department, and Public Works Department Minister Arup Biswas said that the Durga Puja at Ekdalia Evergreen has the advantage of location and others have to adopt a theme to draw more crowds. 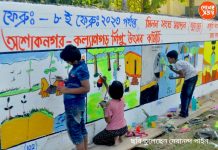 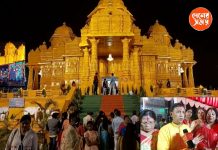 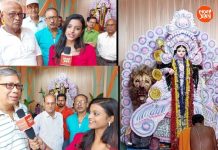