You may heard of national emblem, national animal , national song but what is our national crime ? Tolabazi or extortion is becoming a national illegal business. Be it done by CBI chiefs with a meat dealer or local miscreants like Babu Nayek doing it with a local promoter in DumDum Park.The disease is far more more contagious .Delayed judicial process, inefficient policing, poor civil adminsitration and corrupt political leaders including the so called public representatives are all contrubuting to this menance.Insecure livelihood made all the society including the persons and ranks mentioned above are getting payback in a form or other from ths extortion racket.

Central Bureau of Investigation (CBI) officer Rakesh Asthana as his own agency has charged him with extortion and forgery in addition to the bribery and corruption charges. The infighting between the top two officers of the CBI, Alok Verma vs Rakesh Asthana on Tuesday has reached all time low with the agency adding additional grave sections against Asthana and other accused.

However, the agency also clarified that there has been change in the responsibilities of Rakesh Asthana. After Devinder Kumar’s arrest, who was Dy SP in Asthana’s Special Investigation Team (SIT), the later is under scanner of his own agency and his arrest is being speculated.

The Patiala House Court of New Delhi during the hearing of Devender Kumar’s custody plea observed that the the matter is very serious and grave and from the allegations, it appears that ‘extortion racket was running in CBI’.

of New Delhi during the hearing of Devender Kumar’s custody plea observed that the the matter is very serious and grave and from the allegations, it appears that ‘extortion racket was running in CBI’.

Rakesh Asthana, may have got relief from arrest by the High Court but the agency may examine him, in the case.

Asthana has been named as accused number 1 in an FIR which was filed on October 15. It has been alleged that he received bribe from Satish Sana to give him clean chit as he is suspect in Moin Qureshi case.

The allegations came after massive infighting between the CBI Director Alok Verma within the premier investigation agency.

The agency came out in defence of its chief Alok Verma after his deputy Rakesh Asthana alleged that he has been framed in the case and it was the CBI director who accepted the kickbacks of Rs 2 crore to settle the case of Satish Sana.

On October 19, 2018, Asthana wrote a letter to CVC marked as top secret and demanded SIT investigative in the cases.

In the letter, Asthana made a mention of his complaint to the cabinet secretary about the alleged corrupt practices of the CBI director. Asthana alleged that bribe was paid to CBI director Alok Verma to settle a case against Moin Qureshi.

The decision to file an FIR against Rakesh Asthana was taken after Manoj Prasad, a Dubai-based businessman, was arrested by the CBI from the Delhi airport. Satish Sana’s role is also being investigated by the CBI’s SIT.

Sana allegedly took Asthana’s name in his statement and said that he had paid over Rs 3 crore through Manoj Prasad.

Satish Dagar, who is probing corruption allegations against CBI chief Alok Verma and his deputy, informed the court.

“As soon as the matter was brought to my notice, we recovered all the items,” Mr Dagar said news agencies.

Eight mobile phones, an iPad and a hard disk were attached during searches at officer Devender Kumar’s home on October 20. But the seizure memo mentions only one mobile phone which was kept in a sealed cover, Satish Dagar said.

Devender Kumar’s son informed Mr Dagar on Thursday and the items were recovered a day later from the Technical and Forensic Search unit of the CBI which analyses data seized by the agency.

Banwari Lal, assistant programmer, told Satish Dagar’s team that he was given a mobile phone by the previous investigating officer on October 20. “The team handed the rest of the articles on October 22, but the envelopes weren’t sealed. They were closed using cello tape,” Banwari Lal said in his statement.

The court was informed about the alleged gap on a day when Mr Bassi challenged in the Supreme Court his transfer to Port Blair through an order signed by interim CBI chief M Nageswar Rao on October 24. The order directed him to “join his new place of posting with immediate effect in public interest”.

challenged in the Supreme Court his transfer to Port Blair through an order signed by interim CBI chief M Nageswar Rao on October 24. The order directed him to “join his new place of posting with immediate effect in public interest”.

“They have been misleading the court. I want a case of theft and extortion to be filed against AK Bassi and his team for hiding facts from court,” Devender Kumar’s lawyer argued in the court.

“The chain is complete and the facts are now against them,” said CBI sources suggesting that Banwari Lal’s statement may spell trouble for AK Bassi and his team.

And now when petty criminal Babu Nayek is also charged for extorting a promoter is he different from these high perform civil servants who passed union civil service examination ?

Yes there is the difference.These IPS are qualified extortionist and Babu is a quack.Rest all same 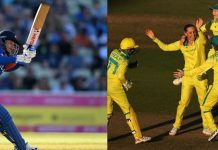 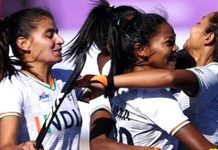 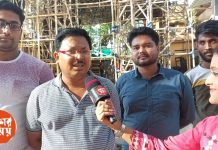