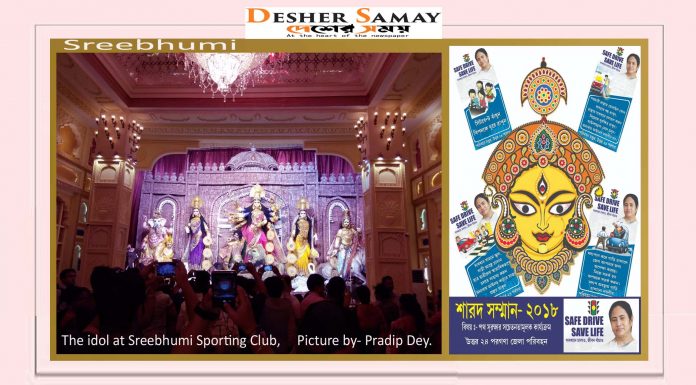 Is sanctity of Durga puja withering out ?

by Our Special Correspondent :

Is puja becoming a joke day by day ? This is the question has been raised by the ritualistic peoples who are not ready to accept puja as a corporate event.

Several people from all walks of life had already started questioning the manner Durga puja is being treated chiefly by the community pujas. However traditional home puja’s are remaining out of the purview of of these hooplas.

“ Don’t you think it’s going against the basic religious sanctity to watch the idols even before the process of puja started ? If this be the case why say Durga puja ,name it as hoopla event with Durga clay idol.” reacted Atul Bhatta of sanskrit toll in Hatibagan.Like Bhatta several other priests reacted the manner club puja organisers are using VIP’s and their other patrons while drawing the eye of the goddess or throwing the pandal open for public viewing.

A great change can be felt as many clubs had stopped collecting subscription to celebrate their puja. “ We are getting fat donation from some consumer product company in our puja in lieu of allowing them to put their advertisements in and around our pandal.The sum is enough to match the cost of our puja preparation and ancillaries.” said an organiser of a big puja along VIP road .Not only the advertisement but donations from traders, businessman and other sources that fills up the coffer of puja subscription.

The assertion of the organiser cannot be negated when several big clubs had said that their puja budget are in tune of multiple lkahs to even to several crores.According to puja organisers nearly top 77 puja spent over Rs.20 crores for puja.Others spent over Rs.110 crores for the puja. On average most of the puja committees spend Rs.15 lakh during puja.

In a new trend, Big budget Durga Puja organisers in Kolkata are roping in reputed fashion designers to weave costumes of the goddess and her children in their quest for aesthetics.

Blaming the timing of the Goods and Services tax (GST) rollout, Durga Puja organisers and idol makers here say they are feeling the pinch of the new indirect tax regime as advertising revenues are falling and margins are tepid.

The five-day Durga Puja festival, the biggest annual carnival in this part of the country, is being held from September 26 to 30 this year.

“Puja organisers are facing a serious challenge in the regime of the new demon — GST. Most of the big Pujas depend on sponsorships, advertisements and donations because the subscription collection contributes not even 10 per cent of the budget.

In fact, Forum for Durgotsav President Partha Ghosh said the new tax is “unclear” to the organisers. The consumer goods sector that took a hit after the new tax regime was implemented has not been forthcoming in providing advertisements this year.

“The consumer goods sector, which has been a major source of revenue for organisers over the years, has not been forthcoming this year. They have displayed reservations and hesitation. As a result, the revenue declined 20 per cent on an average compared to last year. But in many cases, the downswing is more than 30 per cent,” Ghosh said.

Many of the fast moving consumer goods (FMCG) companies reported a decline in revenues for the April-June quarter. They cited “destocking running up to GST” as the reason.

Ghosh said the businesses were passing through a transition and unless they settle down in the new tax regime, the dismal scenario could hit the upcoming festivals like Laxmi Puja and Kali Puja in October.

“Had the GST been implemented a couple of months before July 1, we would have got a better response because business establishments would have had time to settle down,” he said.

The organisers are now hoping they don’t have to encounter such a tough situation next year.

The situation is even worse for the community Durga Puja organisers in the suburbs, as they have to mostly depend on small ticket advertisements.

Organising committees, which usually start their planning in February-March for the grand celebrations, have started tweaking their original plan in view of the shortage of funds.

Like the organisers, idol makers are also pointing a finger at the timing of the GST roll-out because they are forced to accept a “squeeze in our margin”.

“Most idols were booked during the Rath Yatra festival which took place prior to the GST roll-out. But after the GST came into being, we found the prices of many items had increased, which translated into a cost surge of about 20 per cent. We just cannot pass on the extra cost to buyers as prices were finalised earlier,” Pradyut Pal, an idol marker from the city’s Kumartoli potters’ colony

“Had we been able to factor in the post-GST prices in our cost, we would not have been staring at such poor margins,” said Pal, who sent five idols abroad this year.

“Transportation costs have jumped almost manifold due to GST. This has eaten into the entire profit margin,” he said, adding the prices of exported idols range between Rs 2.5 lakh and Rs 7 lakh.

Explaining how the GST was impacting the cost, he said zari and clothes, essential items for making the dresses for the idols and also used in the decorations, were attracting 12 per cent and five per cent GST while earlier there was less tax on them.

According to Pal, idol makers, post GST, have been paying 3.5 per cent more tax on the tin used to make the weapons placed in the hands of the idols. 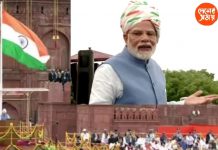 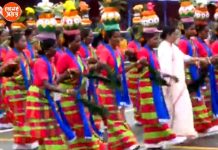 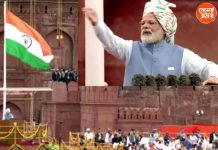