The word Garba comes from the Sanskrit word for womb and so implies pregnancy. Traditionally, the dance is performed around a clay lantern with a light inside, called a Garbha Deep (Womb Lamp). This lantern represents life, and the fetus in the womb in particular. The dancers thus honor Durga, the feminine form of divinity. Garba is performed in a circle as a symbol of the Hindu view of time. The rings of dancers revolve in cycles, as time in Hinduism is cyclical. As the cycle of time revolves, from birth, to life, to death and again to rebirth, the only thing that is constant is the Goddess. The dance symbolizes that God, represented in feminine form in this case, is the only thing that remains unchanging in a constantly changing universe.

Garba is a Gujarati folk dance celebrated in Navratri, a celebration lasting nine nights. Garba songs typically revolve around the subjects of the nine goddesses. Garba styles vary from place to place in Gujarat. The world famous Navratri festival in Gujarat holds prime cultural importance and a major tourist attraction in Gujarat. Jamnagar is a small city in western part of Gujarat, 320 km from Ahmedabad. This city has their cultural heritage which is reflected in the celebration. Every street organizes Garba and Dandiya event in different ways. Mashal Garba, Sword Dance are popular here. Ranjit Nagar Patel Garbi Yuvak Samaj is the oldest Garba dance organizer in Jamnagar.They are celebrating 65 years of this traditional event. They maintain the traditional Mashal Garba and Sword dance. During the dance, dancers energetically whirl and move their feet and arms in a complicated, choreographed manner to the tune of the music with various rhythms. Apart of these two they perform Datrada Rass, Gulat rass excetra. Mashal dance is the main attraction. Nine days the performers are dancing everyday till midnight. Randal Ambika garbi mandal is another organizar in Jamnagar. They are celebrating their 46 years of Garba dance performance. The main attraction is Swastik Dance or Rass and Salgati Indoni Rass. ‘Indoni’ means the hand maid head top which balancing the pitcher (‘matka’ or ‘kalas’). The sticks, dandiyas of the dance represent the swords of Durga. The women wear traditional dresses such as colorful embroidered choli,ghagra and traditional attire, dazzling with mirror work and heavy jewellery. The men wear special turbans and kedias, but this varies regionally. Today, Raas is not only an important part of Navratri in Gujarat, but extends itself to other festivals related to harvest and crops as well. Garba and Dandiya Raas are also popular in the United States, UK and Canada. 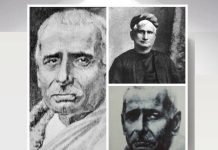 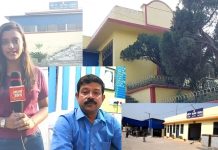 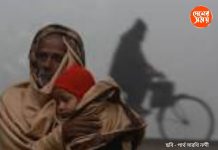