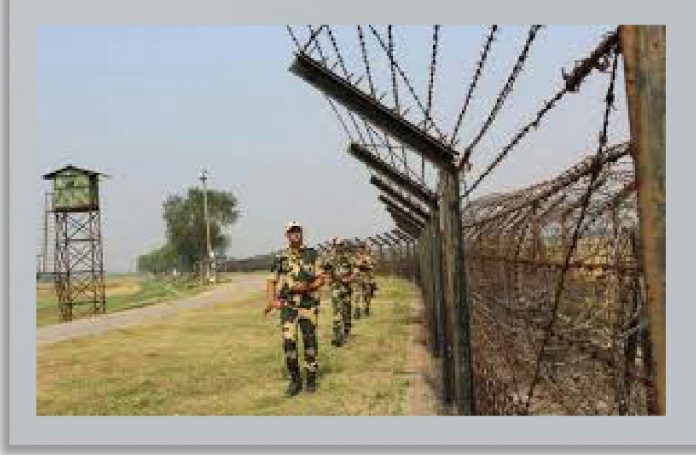 by our correspondent: Petrapole has become a hotbed of crossborder smuggling between India and Bangladesh.With over a dozen cases recorded in last one month BSF seems to be the only force against these. As hinterland security policy is simply overlooked by centre- state the jawans are regularly facing the surge of the smuggling tidal wave.

The Border Security Force (BSF) has seized 150 cattle heads in Assam’s South Salmara, Dhubri districts along Indo-Bangladesh border much like in south Bengal frontier.The cattle smuggling gangs were trying to smuggle the cattle heads from India to Bangladesh by taking advantage of current flood situation of mighty Brahmaputra river and its tributaries.According to the reports, based on intelligence input, the troops of BSF and South Salmara district police had jointly launched operation at Muthakhowa and Mathkhola village area under South Salmara police station and seized 41 cattle heads from Brahmaputra river on Saturday night.

The smugglers have used some techniques to transport the cattle to Bangladesh.In one technique, the cattle are tied to banana trunk on both sides and set afloat the Brahmaputra river with the currents, which takes them to the destination.A top official of BSF said that, keeping in view the vulnerability of border, heightened activities of the smugglers and anti-national elements on the border, BSF troops are always alert towards the issues of trans-border crimes and illegal infiltration and are making all out efforts to prevent commission of such crimes.In soth bengal border too such attepmts are being done on regular basis.According to the reports, the BSF personnel had seized over 15,000 cattle heads along Indo-Bangladesh border in Assam and Meghalaya last year.

The figure in south bengal will be around 3000 in last six months.
The Border Security Force (BSF) has also sounded an alert all along the 4,096 km long India-Bangladesh front to check cross-border human trafficking instances that may witness a spurt in wake of the COVID-19 pandemic and the linked lockdown, officials said on Sunday.

The force has noticed some innovative methods to push the poor and vulnerable from across the border by luring them with job opportunities in cities like Kolkata, Guwahati, some other towns in north-east India and as far as Delhi and Mumbai, a senior officer of the BSF said.At least five Bangladeshi nationals were apprehended by the BSF in less than two weeks, between June 19-29, from railway wagons that entered India via Petrapole in the North 24 Parganas district of West Bengal.

The wagons either contained bags of chilli or were empty, the officer said.The age group of the five males ranged between 12-25 years and their preliminary questioning by the force personnel revealed that they were trafficked by touts from the other side with help from local trafficking syndicates on this side, the officer said.The new container service also posed a new challenge to BSF. However the border guards of Bharat is capable enough to ride over the surge of smuggleng waves. 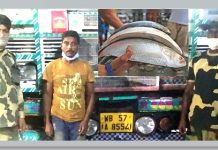 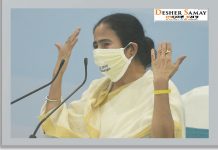 This site uses Akismet to reduce spam. Learn how your comment data is processed.

ABOUT US
The website, deshersamay.com is a bilingual newspaper. Where you'll get the best news around the world in one moment. RNI NUMBER: WBBIL/2016/70596
Contact us: [email protected]
FOLLOW US
© Deshersamay | All Rights Reserved.