In CPM times Trinamul used to call their goon and killer brigade as harmads(pirates).Trinamul’s same are coined as jollad(hangman) and latest chief minister Mamata Banerjee and Trinamul supremo coined the BJP equivalents as ostaad(expert).How ever it thus proved every political parties have some people who are ‘not’ polite party members.However it became clear whatever be the changes the politi-kill culture rules over West Bengal.

In Bengal’s political realm, every party has armed men who are tasked with ‘capturing’ villages, booths or entire regions when needed. ‘Capturing’, in Bengal, means violent removal of rivals, killing them if necessary. While CPM’s armed goons were called ‘Harmad Bahini’, derived from the Portuguese word ‘Armada’, TMC’s armed cadres are called ‘Bhairab Bahini’. “The orders are generated in Kolkata and the district leadership gives us free hand to implement them,” a local leader in Birbhum district said. While political violence is particularly acute in some districts such as East Burdwan, Hooghly, Paschim Medinipur, Birbhum and Bankura, tensions prevail in small pockets across the state throughout the year and get accelerated during elections.

Maskets, country pistols locally called ‘pipe guns’ and country bombs are the weapons of choice. According to police sources, so huge is the demand of weapons and ammunition for political violence that many of the gun-makers of Bihar’s illegal weapons hub, Munger, have shifted base to West Bengal. Several illegal factories of Munger gun-makers have been unearthed in Hooghly, South 24 Parganas, Howrah, Murshidabad and Malda districts over the past two years.

“Political violence in Bengal is not a new phenomenon. Earlier, it was Congress versus CPM, then Congress cadres killed Naxalites, then CPM cadres killed Congress, then CPM versus Trinamool Congress, then factional feuds of TMC and now it’s TMC versus BJP. There is a culture of political violence in Bengal and persons dying for the party are considered ‘martyrs’. The glorification of deaths glorifies the violence,” said a political scientist in Kolkata.

Ruling TMC has a district-wise list of 466 party activists killed since the party’s formation in 1998. BJP’s official figures say 19 of its activists were killed since 2014 Lok Sabha elections. The role of police in violence has often come under question. “Sometimes, we have strict orders to remain mum. We, too, have families,” a police officer of Paschim Medinipur district said.

By evening, some half-a-dozen meanings of “harmad” had been collected by officials, who are perplexed by the angry reactions from Bengal to the use of the word in P. Chidambaram’s letter to Buddhadeb Bhattacharjee.

“It means goons, antisocial elements, armed cadres, etc,” said an official who, like most others in North Block, was not familiar with Bengali. When one more “meaning” — mercenary — was offered, it was promptly noted for reference to the minister.

The word has in origins in the Spanish Armada, the fleet of 30,000 that was defeated by the English navy in 1588 and led to the decline of Spain and the rise of Britain as a colonial power, changing the course of world history.

The Portuguese brought the word to Bengal three centuries ago, when its distorted form harmad was used to refer to Portuguese pirates and slave traders, notorious for their brutality. In recent years, it entered Calcutta’s street language when Mamata Banerjee began using it to refer to CPM cadres.

Bhattacharjee’s letter to the home minister takes him to task for using the “nasty word” without knowing its meaning. Chidambaram read a copy of the letter late last night after returning from Maharashtra and is believed to have told aides today that the chief minister sounded angry.

There is a deficit of Bengalis in the ministry, at least in its higher echelons. 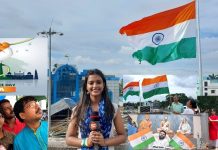 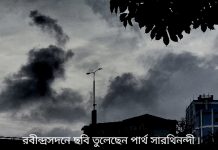 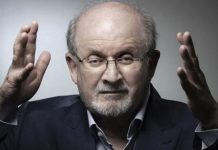