A society is treated how it treats it’s down trodden and a nation is judged how it treats it’s innovators , educators and social stalwarts .So when the research fellows across the country are demanding something and came out in streets , it is the duty of the government to have a look into the grievance .However a balance is to be done on the demand and the output so that the fellowships don’t turn into a job- salary as complained by many academicians.

Unlike salaries of government and private jobs, research fellowship does not increase regularly in accordance with the inflation rates. In the absence of any proper mechanism for annual assessment and increment of fellowship research scholars are forced to campaign for hike in fellowships. In the last 15 years fellowship increments were announced in 2006, 2007, 2010 and 2014. In 2014 the JRF fellowship was increased from 16000/- to 25000/- and SRF fellowship was increased from 18000/- to 28000/- . That time it was promised that fellowship will increase every 4 year. But our governments has forgotten the promise. Instead of giving fellowship to the researchers the are keeping themselves busy is making other non consequential issues.

Since 2014 there has been no revision and in the meantime tuition fees, mess charges and other expenses have skyrocketed. Among with all of this some time fellowship are delayed by 3-4 month. The how a research scholar will do research at india. In European countries the are giving 3000 euro. USA giving 6000$. Our fellowship is 20 times lesser than that of them, still we have to listen thous kind of word like ‘Brain drain’. The main thing is among 100 crores population we can be counted in thousand. So our vote can not change the government, so have to wait, we need to campaign.However in those countries the research to patent and products commercialised is much higher.

On October 3, over 200 students from the Indian Institute of Science, Education and Research (IISER) and CSIR-National Chemical Laboratory (NCL) had taken out a silent protest march as part of a nation-wide effort to seek a hike and press for other demands. Since then student representatives from several national-level institutes have been meeting the top officials of Ministry of Human Resource Development (MHRD), Department of Science and Technology (DST) and Council of Scientific and Industrial Research (CSIR), Department of Atomic Energy (DAE). Students have also conducted silent strikes, demonstrations and signature campaigns at several institutes across India. But all that we have received till now is repeated assurances. On 30th October 2018, Krishnaswamy Vijay Raghavan, principal scientific advisor to the Government of India announced via a tweet that the demands and concerns of the research scholars are being considered seriously by the government. The final decision was supposed to be announced by 10th December but nothing came out. Disgruntled with such delay we are holding this nation-wide movement on 21st December 2018. PhD scholars of NISER stand in solidarity with the research scholar community of the country.

Most of these fellowsdemand a prompt decision on hike in basic stipend, regular disbursement of funds and an annual increment of stipendlink the hike with the inflation rate or consumer price index. 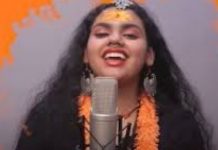 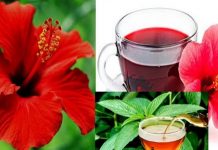 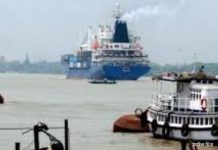